Friday 7th of December saw the second ever Young Creative Press show with headline from local alt rock band, Ahsoka supported by The Atom Jacks and Yellow Lace. Hosting the night at a Brighton favourite venue, The Bee’s Mouth the night was full to capacity with an energetic crowd. 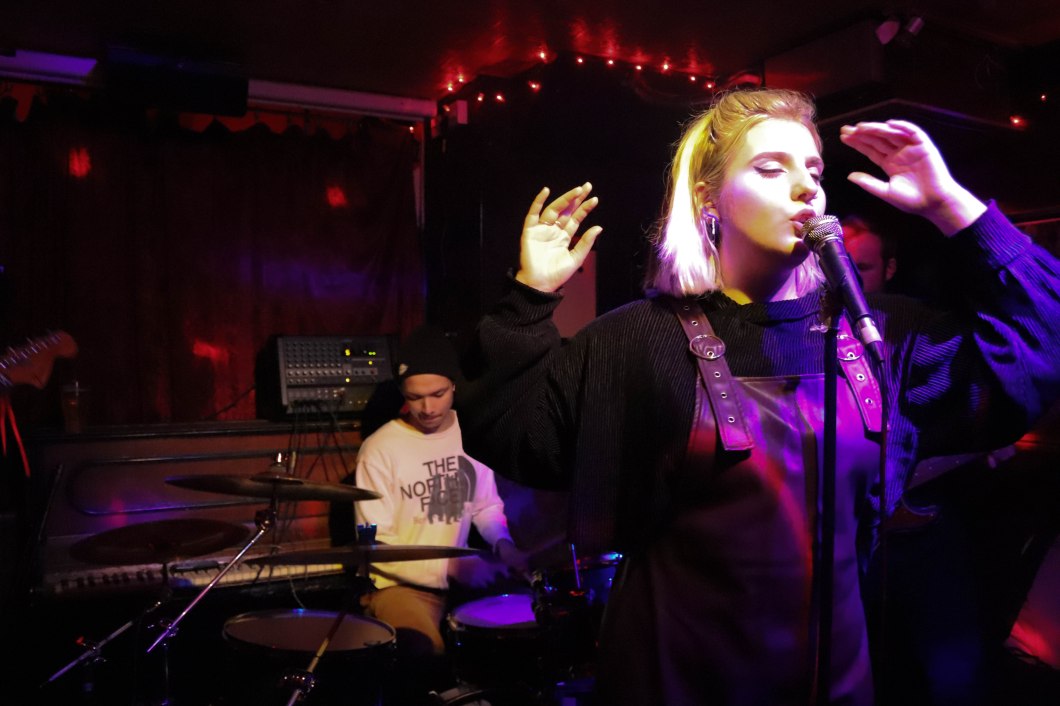 YellowLace kicked off the night with upbeat grunge with a moody edge. The four piece gave the audience a performance of melodious beauty and in your face guitar riffs that sparked electricity in the room. Lead vocalist Lucy Pattinson offered an impressive and often haunting vocal performance which held the audience captivating with wonder of where she could take her voice next. With the tease of a new single in the near future the band holds promising prospects for what is for sure to be a successful release.

Moving the night into a surfers paradise mixed with a feeling of an imminent nuclear explosion, The Atom Jacks brought a new level of energy to the room. They have to be one of my favourite local bands purely because they have such a unique sound that is just enjoyable to listen to. Instrumental bands are not something you come across too often at a Brighton gig and especially one doing surf rock, but the crowd were completely entranced with The Atom Jacks. The whole room was up and moving and cheering along to the lyric-less groove.

Listen to The Atom Jacks on Spotify

Taking the night into a mercurial setting were Ahsoka. The alt rock band started out their set with moody yet hard hitting track ‘Creature of the Deep’. The song had the crowd riled up only to have them do a complete 180 and play one of their more melancholic songs ‘The Worst Thing’.

Vocalist Rhiannon John gave her usual tormented performance which perfectly reflects the unsettling feeling the band are trying to achieve with their music. This feeling also came from the band keeping the audience on their toes with switching from upbeat to slow songs and angry to heartfelt. With no obvious direction on where they would take their set next, the audience were kept on edge with wonder. Obvious favourites of the night came from anger filled ‘Beg For It’, ‘Be Sincere or Nevermind’ and ‘Leave’.

Listen to Ahsoka on Spotify